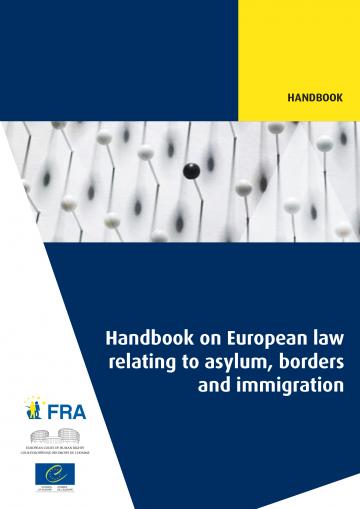 The handbook is the second joint publication of this kind following a first handbook on non-discrimination issued in 2011. It is based on the case law of the European Court of Human Rights and the European Court of Justice as well as on the relevant EU regulations and directives. It is also a first point of reference on the European Social Charter (ESC) and other instruments of the Council of Europe.

It is designed to assist legal practitioners at national and European level, including lawyers, judges, prosecutors, border guards, immigration officials and others working with national authorities, as well as non-governmental organisations and other bodies that may be confronted with legal questions in any of the areas the handbook sets out to cover.

If you have any comments on the handbook or suggestions for improvements for upcoming versions of the publication, please send an email to migration@fra.europa.eu.

Looking at the situation of foreigners who are referred to by the EU as third-country nationals, the handbook covers a broad variety of topics, structured in the following nine chapters:•