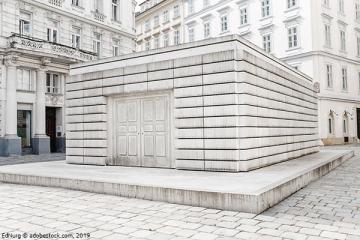 As the Jewish community in Austria reports growing concerns about the rise of antisemitism, the EU Agency for Fundamental Rights (FRA) is bringing together national and EU policymakers, Jewish community organisations and civil society at an event in its premises in Vienna on 30 April to discuss how to combat this worrying trend.

Recent research among Europe’s Jewish community, published by FRA in December 2018, shows that across the EU people reported that antisemitism was on the rise.

In Austria specifically, the research shows that:

The three specific topics which will be addressed at the meeting include the security needs of Jewish communities; rethinking Holocaust remembrance and education; and improving data collection on antisemitism.

Chaired by Dr Peter Kostelka, the Austrian member of FRA’s Management Board, and opened by FRA’s Director, Michael O’ Flaherty, the meeting will hear keynote addresses in German from:

“The Fundamental Rights Agency’s survey on antisemitism in the EU shows that not only has it become normalised, but that it is getting worse. Only by working together to combat this highly disturbing trend can we achieve our aim of promoting and protecting the human rights of the Jewish community,” says Michael O’Flaherty, FRA’s Director.

”It is shocking to note that antisemitism not only persists in Europe after the Holocaust, but is even rising. It is our task to actively support Jewish life in our country and fight against any form of antisemitism. In Austria and Europe, there must not be any room for antisemitism. We will therefore target the youth and make the fight against antisemitism a topic in schools and education,” emphasises State Secretary Karoline Edtstadler.

The roundtable discussions will take place under the Chatham House Rule.

Notes for the media:

FRA released its survey on Experiences and perceptions of antisemitism in December 2018. It covered 12 EU Member States and surveyed 16,500 individuals.

The discussions will also take into account the Council Declaration on the fight against antisemitism of December 2018.

A recent Eurobarometer survey on perceptions of antisemitism showed that 68 % of Europeans feel that people are not well informed about the history, practices and customs of Jewish people.